Richard A. Doornbosch (1973) earned his master’s degree in Economics and in Business Administration from the University of Groningen (The Netherlands). After starting his career as a management trainee at Rabobank International, he worked in various (macroeconomic) positions at the Dutch Ministry of Finance. During the financial crisis of 2008-2009, Mr. Doornbosch was a member of the management team of the Financial Markets Department and involved in support operations for financial institutions.

From 2005 to 2008, he worked at the Organization for Economic Cooperation and Development (OECD) on the international policy response to the increasing risks of climate change. He acted as a negotiator on behalf of the Netherlands in shaping the Green Climate Fund (GCF) and was a board member on the first GCF Board. As head of the International Economy and Financial Institutions Department, he participated in various international consultations, such as those held by the European Bank for Reconstruction and Development (EBRD), the OECD and IMFC Deputies.

Prior to assuming the position of President of the CBCS, he was an Alternate Executive Director of the International Monetary Fund (IMF). In this position, he conjointly lead the Dutch-Belgian constituency within the IMF Board. 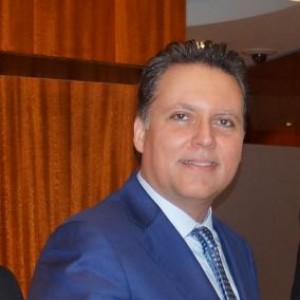 José M.N. Jardim (1973) born and raised in Curaçao, graduated in Economics in 1996 from the Universidade Nova de Lisboa (Portugal), concluded his post-graduate in Economics in 2007 from the Lisbon School of Economics and Management (ISEG) Portugal, and earned his doctoral degree Ph.D. in Economics in 2012 from the ISEG, Portugal. In his doctoral dissertation, Mr. Jardim established a relationship between optimal fiscal consolidation policies and the informal economy using a Dynamic stochastic general equilibrium (DSGE) framework.

Furthermore, Mr. Jardim has headed extensive tax policy missions to multilateral organizations such as the Organization for Economic Development and Cooperation (OECD), worked in tandem with members of the Small Island Development States (SIDS) on the blue economy and has broad experience interacting with the institutions of the European Union (E.U.). Throughout Mr. Jardim’s education and working experience he acquired extensive skills in management and governance, constitutional change, public management, macroeconomics, especially growth economics, monetary policy, public finances and econometric methods.

As of 17 November 2017, Mr. Jardim was appointed member of the Executive Board of the Central Bank, responsible for the Economic and Financial divisions. From January 1, 2020 until August 7, 2020 Mr. Jardim was the acting president of the CBCS. 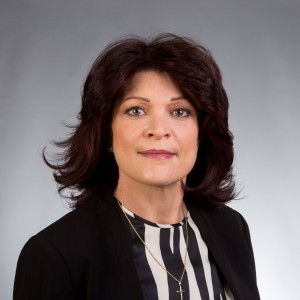 Leila A. Matroos - Lasten (1974) graduated as a bachelor in business administration and as a chartered accountant at the University of the Netherlands Antilles and started her career in 1996 as accountant at KPMG Accountants B.V.

Hereafter, Mrs. Matroos assumed the function of adjunct director at Algemeen Pensioen Fonds van Curaçao. In this function, Mrs. Matroos was responsible for the financial, human resource, information technology and internal affairs management of the Fund. Having worked for these companies, Mrs. Matroos has gained quite an experience in both the Auditing, Financial Management as Risk Management areas.

As of November 14, 2017, Mrs. Matroos assumed the function of Directeur-Secretaris (Director Secretary) and until the appointment of Mr. Bob Traa in June, 2019, Acting President of the Centrale Bank van Curaçao and Sint Maarten. In this function, Mrs. Matroos is responsible for the strategy, internal control, operational, financial, human resource, information technology and internal affairs management of the Bank.